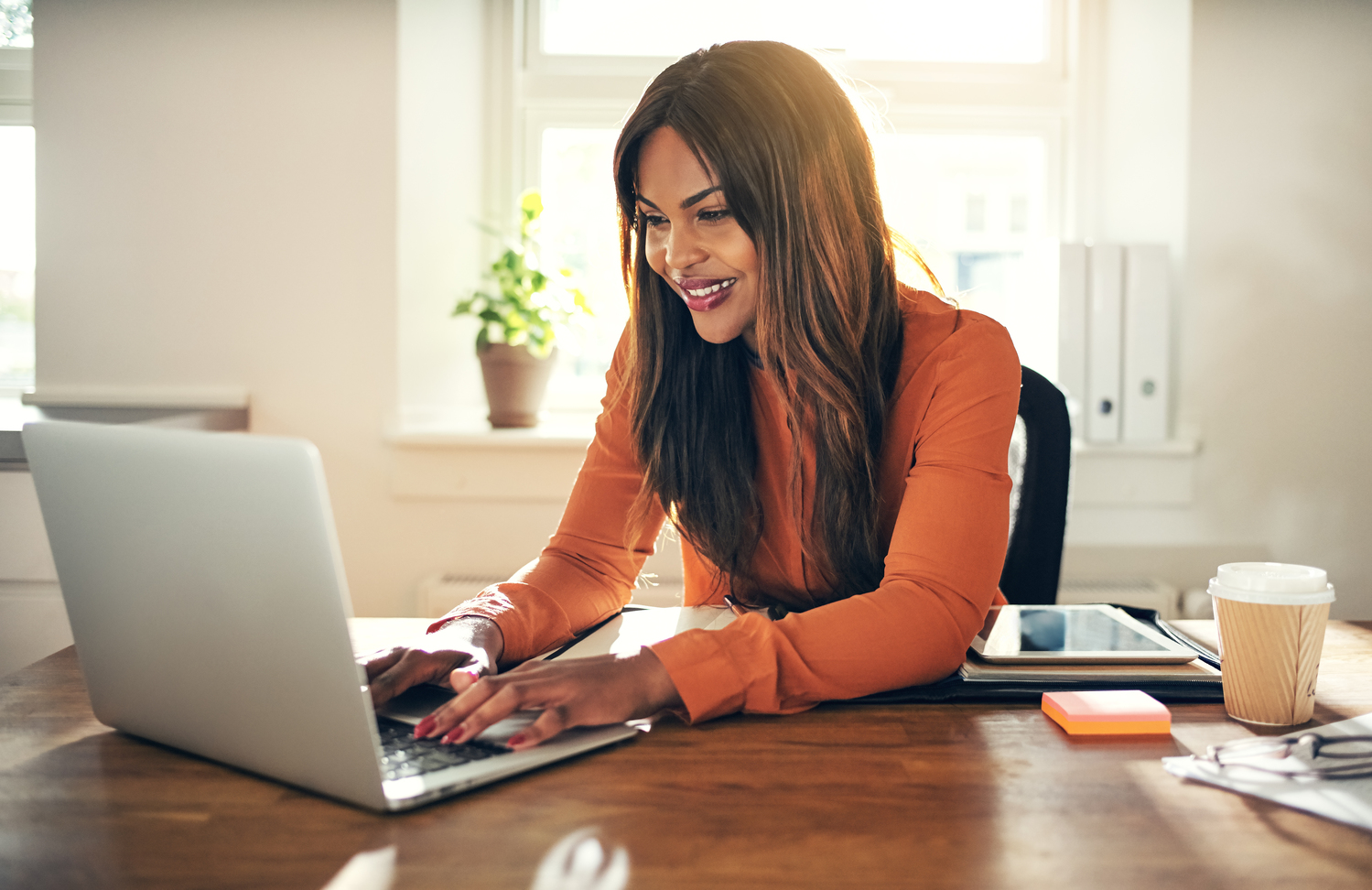 Globally Networked – Controlled as if by Magic?

During the age of computer-controlled production sequences, abbreviations like CAM, CAD and CNC are a common part of manufacturing reality. When the term Industry 4.0 made its first public appearance at the 2011 Hanover Trade Fair, the associated content was new to only a certain extent. The targeted results of the “4th industrial revolution” are now commonplace at many companies in the high-tech industries – and they’re undergoing continuous further development.

At first, the idea of globally networked production processes by means of which machi­nes communicate with each other directly via an Internet of Things (IoT), forward data acquired with sensors and learn from each other sounds like a science function vision. Nevertheless, many of the factors which are seen as prerequisites for Industry 4.0 are reality already today. And the reassuring news is that it doesn’t (yet) work without human involvement.

Industry is already working with highly complex, computer-aided, or to a much greater extent computer-controlled, processes. CNC milling machines are highly precise, CAD programs convert 2D plans into 3D models – from materials management, planning and production, right on up to sales logistics, none of these sequences would be conceivable without a computer.

However, combining them is new. Data from processes which were logged and proces­sed separately in the past are now collected at central computers, where they’re evalua­ted and combined by complex software systems. Entire sequences can be fully monitored and controlled in this way. And this will now be followed by global networking of the machines?

Development of an Industry 4.0 standard is a harmonization process, i.e. worldwide stan­dardization of technical data communication. The unmanageable amounts of data resul­ting from industrial data collection at various companies which accumulate on a daily basis, the so-called big data, would have to be channeled and prepared in order to be made available as smart data in a usable form. The experts see this as one of the major challenges. Specialists are of the opinion that the creation of an Industry 4.0 standard will take at least another 10 years.

Standards exist already which are intended to regulate certain areas of the field of elec­tronics. For example, DIN EN 61690-2 appeared already in 2001 and specifies the data exchange format for the development of electronic circuits, namely the electronic design interchange format (EDIF). But this has nothing to do with interdisciplinary data exch­ange.

And worldwide standardization is incom­parably more difficult than standardizati­on at the national level. An example from another field of endeavor will help to elu­cidate this point. In 1887, Ludwik Lejzer Zamenhof published the fundamentals of Esperanto, which are still valid today. Esperanto was supposed to be an easy to learn, neutral language which would faci­litate international communication. The­re’s a community which keeps Esperanto alive, but after nearly 130 years the langu­age has by no means become internatio­nally accepted.

But there are international standards which everyone works with today. Whe­re data transmission is concerned, stan­dards like TCP/IP, LAN, WLAN and Blue­tooth are now used worldwide – and the Internet wouldn’t function at all without at least a minimum level of global standardi­zation. In other areas, things continue with national standards.

But without the advanced developments of the high-tech industries required to auto­mate their own manufacturing processes, further considerations regarding a project with such globe-spanning goals as those set by Industry 4.0 would never even have cropped up.

One of the companies which has made a contribution to ad­vancing the consistent integration of com­puter systems into the entire production sequence during product development is Rehm Thermal Systems. Early on, the system developers from Blaubeuren, Germany recognized the fact that computer-aided sequences assure that conditions are held constant even in highly complex, sensitive sys­tems. Embedded computing was routine practice at the systems long before it became a matter of public focus.

The computer controller doesn’t take over for the user, but rather makes it possible to manage extremely complex and varia­ble processes in a clear-cut manner, and to keep them under control. Of course the requirements, as they’ve evolved in recent years in the field of electronics manufac­turing, and thus PCB production as well, necessitate further development of the production systems. Processes which were very difficult to implement just a few years ago are now standard practice in daily production. Thanks to master soft­ware solutions, systems can be used more flexibly and efficiently. Machine utilization is being optimized, and good quality is as­sured for production output.

These are known as “intelligent software solutions” at Rehm Thermal Systems. The product developers at Rehm have used these solutions to create a system by means of which their equipment can be reliably controlled and monitored. It’s a closed system consisting of monitoring tools and various modules, each of which completes its own individual task. Enor­mous amounts of data are acquired by the modules from the system, and monitored.

Master software compiles the data and evaluates it, for instance in order to keep the specified parameters constant for the respective manufacturing profile.

The modular system can be assembled into individualized packages and matched to the customer’s respective require­ments. Custom tailored master software is available for each system type. Custo­mizing is an extremely important factor in times of flexible manufacturing condi­tions. Thanks to computer control, entirely new possibilities are being created with these greatly varying software options. Manual selection of the required product profile – which is always a latent source of error in actual practice – can be handled with software support while the process is running. The danger of executing produc­tion processes with incorrect parameter settings is minimized.

This type of complex control opens up new dimensions of flexibility as well. For ex­ample, four production lines were set up with identical equipment at the facilities of a customer of the German reflow system company. In­telligent software solutions and linking to PPS software via the XML standard make it easily possible to administrate and op­timize product changeovers, as well as energy management across all systems. A product which is manufactured today in system 1 can be run on system 2, 3 or 4 tomorrow without delay, and optimiza­tions are suggested for the sequence and the profiles – thanks to product profiling and production control. A production pro­file can be accessed from any system at any time via the master software – not only at identical, but rather at similar or event different systems as well.

Where profiling is concerned, it has been teamed up with a technology partner. The profiling module from KIC enables de­tailed profile creation for new products. It’s relatively easy to set up in just a few steps. The settings are saved as reference values for other applications. On the basis of these values, the system is capable of making temperature suggestions for si­milar product lines. If the same product is manufactured again at a later point in time, and if something has been changed in the system … no problem. The controller precisely duplicates the preset conditions, or displays the differences. This is also an important factor for quality assurance. Rehm’s system developers agree: this is the only way to reliably maintain current quality standards in the face of ever stric­ter technical requirements demanded by the market.

Integration of highly specialized software into manufacturing sequences will beco­me more and more commonplace in the future and all over the industry.

Systems and processes will be managed, monitored, analyzed and optimized. Pro­duction work orders, product data, effi­ciency and status data, specified settings, archived profiles and current values are all used to control the systems, to prepare product documentation and for analysis purposes.

Data volumes are becoming larger and larger, and keeping them under control and assuring their security are crucial factors. Data security will be one of the great challenges of Industry 4.0. Global exchange of sensitive production and cor­porate data is still viewed with skepticism by many global players.

In the meantime –as shown by the example-, there are companies who have long since implemented the ideas which serve as a basis for Industry 4.0 for their own internal development.  The industry has to think ahead of the future. The 10 Immediate Benefits of Renting Machinery and Equipment Light up the venue for the best look Get The Best Precast Concrete Products 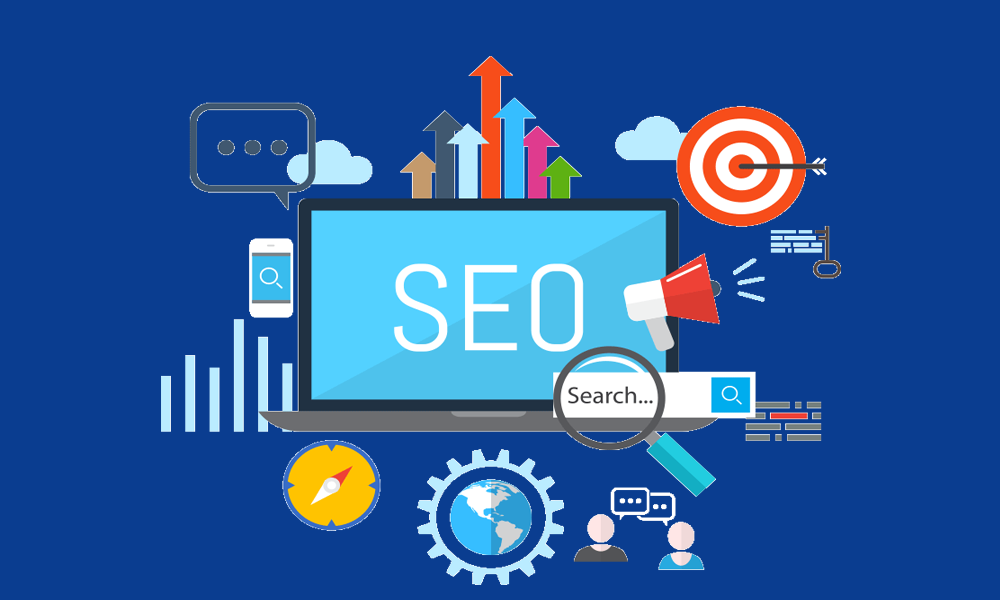 The Way To Go Green Along With Your Power

Real Estate: Things You Should Know To Negotiate The Best Deal

Search In ‘ Handyman Near Me In Schofield, Wi’

Four things you should know about a Steel Plate

Building a house: all the steps to know from the preliminary design to the construction site

Home Buyers Prefer A New Home Rather Than An Old One

Four things you should know about a Steel Plate

Anastasia Lee - November 18, 2021
0
Ranger Steel has always sought to build personal ties with customers from many industries. Some of the industries they serve include Shipbuilding, oil, gas,...